Circle of Death, Kings, Ring of Fire, Donut, King's Cup, Holy Grail, Oval of Fire, Jug, House Cup.....
Call it what you want they are all the same drinking game.

Deck of Cards or more
One middle cup, preferably a Beer Boot
Each person has their own drink of choice

The King's cup is placed in the middle of the table and a full deck of cards are placed evenly around the center cup.

Players decide who will go first and whether or not to rotate clockwise or counter-clockwise.

The first person takes their turn by drawing one of the face-down cards around the King's cup.

Depending on which card a player chooses, an action or mini-game happens according to the rule of the card.

When the action is finished the next player continues by choosing another face-down card.

This game has TONS of different ways to play. Feel free to change it up!

1. Ace "Waterfall"
When an Ace is drawn this is called a "waterfall" and it requires all players to drink. The person who picked the card is in charge and can chug for however long they would like. All players must drink at the same time and must continue to drink until the person next to them has stopped drinking. Once the first player has stopped drinking the next person in line can stop drinking. Or they can continue to drink! This repeats until the final person has decided to stop drinking and the game goes on.

2. Two is you!
A player that draws a 2 card is allowed to pick another player to drink.
Great time for payback!

3. ​Three is me...
You can probably guess what this means. If you draw a 3 card then it's your turn to drink!

4. Four is for Ladies
When a four card is drawn then any girls that are playing must drink. Traditionally people say Four is for whores but if the feint of heart are around. You can leave that part out.

But what if only guys are playing? Get replacement rules!
There are great ideas for Rules if you click here!

5. Five (Bust a Jive or Thumb Master)
There is debate on which of these two actions are traditional. So we will explain both for you and your party to decide.

Bust a Jive
Great for people who are outside their comfort zone. A player who draws a five must do a dance move. The next player in line must do that same exact dance move and then add their own dance move. This continues until someone doesn't remember all the dance moves and messes up. That person then has to drink and play continues.

Thumb Master
Great for laid back game play or in a small area. The player that draws a five is now the Thumb Master!

At any point during play the Thumb Master can challenge the table by putting one of their thumbs down on the table.

The last person to place their thumb on the table, loses and they have to drink.

If you are the thumb master and you don't place your thumb down before the next 5 is drawn. You lose and will have to drink!

6. Six is Guys
When someone draws a six card then it is the boys turn to drink.

Some say "Six is d***s!" as this is the traditional term for drawing the 6 card.

Ladies if there are no boys around take a drink, or make up your own rule by clicking here!

7. Seven "Heaven"
When a 7 card is drawn all players must raise their hand. The last person to reach for the sky loses and must chug chug chug!

8. Eight is Mate!
Crikey! You drew an eight! What does this mean? This means you get to pick someone at the table to be your drinking buddy. And every time you drink, they must drink also.

9. Nine is Rhyme Time
Nine can be fun or a total disaster depending on how creative your group is.

The easiest way to play is to let the the card drawer pick a single word.

For example you draw a 9 and decide to pick the word "Hard" so you say hard and the person next to you rhymes with "Lard" and so on.

If the next person hesitates to say a rhyme then they must drink and they lose.

For more advanced rhymers you can do entire sentences.

10. Ten "Categories"
Ten is interesting because the player who chose the card gets to choose a Category.

Sort of like Rhyme Time you go in order around the table saying something that relates to the chosen category.

If you are having trouble picking a category try looking at something around the room for ideas. Or choose from the list below:

The list goes on! Be creative! For an example of how to play. Let's say you choose a 10 and pic the category Chips. You start off by saying "Lay's" the next person says "Dorito's"and the person after that says "Cheeto's" until someone either can't name a chip that hasn't already been said. Or names something that isn't apart of that category. That person loses and has to drink.

11. Jack "Never Have I Ever"
The game that makes King's Cup amazing comes down to pulling the Jack card which means you get to play Never Have I Ever. This game can be tough to play by itself but when paired with a game like King's Cup. It fits perfectly with the game play. Here is how the rules work for drawing a Jack. These rules can vary too so we will show some examples.

The player who draws the Jack starts off the round by holding up 3 fingers. All of the other players must also hold up 3 fingers. The point of the game is to keep your fingers up for as long as you can. The person who draws the card says something they have truly never done before. If someone in the party has actually done that thing before. They put down 1 finger. Keep your fngers up if you too have never done that before.

For example, you draw a Jack and everyone raises their fingers. You start the round off by saying "Never Have I Ever Been To Utah"

Since you have never been to Utah you keep your fingers up.

If you have been to Utah then you put a finger down and take a drink.

Going clockwise go to the next person who must say something they have never done before.

"Never have I ever kissed a foot."

12. Queen "Questions"
A person who draws a Queen starts off the rotation by asking the person to their left a question out loud for every9one to hear.

The next person does not answer the question but instead asks their own question.

The question must be a full sentence. You can't just say What? or Who?

Questions can be completely random or you can force questions to be relevant.

​Need questions to help you start? Click here for a random question!

13. King is King's Cup!
This is what it all comes down to. There are only 4 Kings in your deck unless you are playing with multiple decks of course.

Each time a King is drawn that player must pour their drink into the middle King's Cup.

That person must also make a rule that "does not" replace the last rule.

Once the last King card is drawn that player loses and must drink the middle cup. 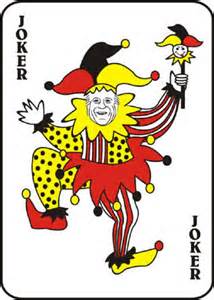